Secreted by the β cells found in the pancreatic islets of Langerhans, insulin is a peptide hormone, and by easing the uptake of cellular glucose, regulating metabolisms for carbohydrate, protein, and lipid, alongside increasing cell division and cell growth with means of its mitogenic action, insulin maintains the levels of glucose in the blood.

Two German scientists namely von Mering and Minkowski in the year 1889, took notes from their work with animals that, the sum of pancreatectomy gives birth to chronic diabetes. A substance is being secreted by an organ known as the pancreas which is in charge of metabolism in the body, was what they thought and believed. Later as the years past, some other persons trace the cause of diabetes to be due to the destruction of the islets of langerhans. With non-corresponding results, Zuelzer in Germany, Minkowski as well as Scot in the United States of America were trying this experiment, again and again, to isolate and apply this missing pancreatic substance. In the 1900s, a British and a Belgian researcher called Schaefer and de Mayer respectively suggested a name for the substance. They called it Insulin.

Some years later, the substance insulin was finally extracted, purified and made available in possible therapeutic administrative forms. Experiments were done on dogs under the supervision of McLeod (a professor of Metabolisms that concern Carbohydrates), by a surgeon from Toronto called Banting alongside with a medical student called Best. By extracting chilled saline from the pancreas and administering it intravenously to dogs that had been said to be diabetic and took note of the rate of reduction in blood glucose levels. 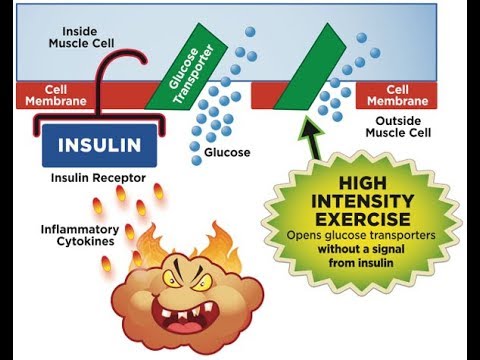 This work was brought before the Association of American Physiology. Biochemists who were interested and had joined the research, went ahead to demonstrate how this substance restore metabolism of hepatic glycogen and also remove ketones. A month later, when human experimenting had begun, a fourteen-year-old boy’s clinical diabetic symptoms and biochemical complications were reversed when he was treated with this pancreatic extract. Four months later the name Insulin was finally accepted for worldwide use.

Structure and Chemical Properties of Insulin

With the identification of its amino acids in 1952, insulin is said to be a dipeptide with A and B chains connected by disulphide bridges, with its total number of amino acid being 51. The total weight of its molecule is 5802 and with a pH of 5.5.5 as its isoelectric point. It has twenty-one amino acids on its A chain and thirty amino acids on its B chain. Joined by two disulphide bridges, the A chain’s N-terminal helix is connected to a reversed parallel C-terminal helix while the B chain possesses a central helical sector.

Synthesis and Release of Insulin

With the β cells of the islets of langerhans being its site of synthesis and the shorter arm of chromosome 177 being the site of its coding, this substance is highly important.