Did you know Tokyo does not have a nickname like we have the Big Apple for New York City? Click here for more interesting facts about Tokyo!

Tokyo, Japan, is one of the most intriguing cities in the world.

The capital of Japan is home to technology, fashion, and culture. Tokyo is a sought after destination for tourists and has many interesting facts that surround it.

Unlike New York City, Tokyo doesn’t have a nickname like the “Big Apple.” Want to learn more? Keep reading for five more exciting facts about Tokyo!

Though Tokyo can be seen as a melting pot for high profile business people or engineers, Tokyo also has a bustling art scene that has transformed into a fashion empire.

Tokyo fashion includes the Harajuku fashion subculture, which was formed to go against the strict social norms that can be placed on citizens. Harajuku fashion has since moved to different sections, but the general characteristics of the movement are bright, outlandish colors, interesting silhouettes, and lots of accessories.

Harajuku fashion is gender-inclusive, and anyone who wants to dress in that fashion can do so. Various shops around Tokyo cater to this Avant-garde street style.

Tokyo has a vibrant restaurant scene.

Yep, 14. That is more than Paris, London, and New York combined. Some of these restaurants include Ginza Kojyu, JoëlRobuchon, and Kanda. Additionally, if you are a fan of French cuisine, Japan is home to a few Michelin Star rated French restaurants. 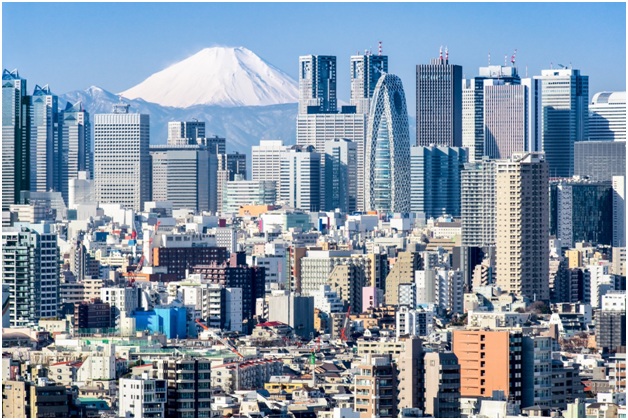 With its impeccable public transit system and incredible engineering and city planning, Tokyo is ahead of the curve in technology.

Additionally, contactless payment has become the way to pay in Tokyo. Suica cards, which are compact, contactless, and rechargeable cards that are used as the standard transportation fare in Tokyo.

If you want to explore Tokyo via public transit, there are guides on how to buy a Suica card.

In Tokyo, everything is easily accessible. This includes vending machines.

Vending machines are available every twelve meters and include a plethora of items. From hot food, clothes, knick-knacks, and even technology, you can get anything you could think of in a Tokyo vending machine.

Visible only eighty days of the years, if you plan your time accordingly, you can see the magnificent Mount Fuji from Tokyo. Most visible during November and February, if you see yourself going to Tokyo between the fall and winter, you may find yourself lucky and catch a glimpse of the beautiful, natural marvel.

Time to Go to Tokyo

With these five facts about Tokyo, it is easy to see that the city is a beautiful, rich, and culturally astounding place for your next vacation. You will never get bored with its modern flair and fascinating culture.